In my childhood, my favorite cartoon was The Adventures of Rocky and Bullwinkle, a Cold War-era sendup of the popular cloak-and-dagger movies of the day. The heroes, Rocky the Flying Squirrel and Bullwinkle T. Moose, always managed, in their bumbling way, to thwart the arch-villains, Boris Badenov and Natasha Fatale. In one memorable adventure, Boris and Natasha plotted to destabilize the American economy by flooding the market with counterfeit cereal boxtops, the kind you used to be able to send in for premiums and prizes. They were successful enough at first that the Chair of the Federal Reserve, a man called Fiduciary Blurt, went on television to appeal to the public for calm.

Fiduciary is one of those words most of us only hear now and again, and we seldom hear it in the news. But we have heard it in the past couple of weeks in connection with a new rule the US Department of Labor is considering that would require all advisors giving investment advice to retirement plan participants to act as fiduciaries. Fiduciary duty is the affirmative obligation on the part of any agent acting on behalf of another (a principal) to place the principal’s interests first. By law and custom Registered Investment Advisers (RIAs) owe a fiduciary duty to our clients, and for most of us, that corresponds with how we view our responsibilities anyway. Brokers, on the other hand, generally have no such duty, although may confuse the issue by referring to themselves as “advisors.” They operate under a standard called suitability. This is a weaker, negative standard, which only requires brokers to refrain from recommending securities that would not suit their customers’ circumstances, especially their tolerance for risk.

The Labor Department is involved because it’s the agency in charge of most regulation concerning retirement plans. It has actually had such a rule under consideration since at least 2010, but the issue came to the fore on February 23, when President Obama endorsed the idea in a speech to AARP. The issue is that many brokers, especially those involved with smaller 401(k) plans, profit by recommending mutual funds that pay the brokers generously to act as fund distributors. This is an obvious conflict of interest, but so long as the investments the brokers sell aren’t unsuitable, it’s legal.

Mr. Obama’s public endorsement of the proposed rule has generated substantial criticism. Much of it is the same old “Obama said it, so it must be wrong-headed” comment that has become so banal and predictable in so many policy areas. But the sharpest criticism has come from the brokerage industry. They tend to claim that the rule would deprive smaller investors of services they need, or they point out that the SEC has yet to weigh in on the issue of whether brokers offering investment advice should act as fiduciaries. But here’s what they’re really thinking. The Labor Department’s proposed rule would require brokers selling 401(k) plans to recommend investments based on the interest of plan participants rather than on their own compensation. The essence of the brokers’ objection is that they don’t want to have to do that. Mostly, however, the brokers are angry with Mr. Obama for pointing out so loudly and so publicly that many of them tend to sell the products that are best for the brokers, rather than for investors, and that they do so while purporting to give investment advice.

About the Author: Jonathan Tiemann

Dr. Jonathan Tiemann, TIA’s founder, president and chief investment “guru,” has 30 years of investment experience, which include nearly a decade in academia and now more than twenty years managing money and designing investment services. He earned his B.S. in Applied Mathematics from Yale University, an M.S. in Operations Research from Stanford University, and his Ph.D. in Finance from Yale University. Dr. Tiemann taught Finance at Harvard Business School for five years before leaving academia for Barclays Global Investors (formerly Wells Fargo Nikko Investment Advisors and currently Blackrock), where he became Chief Investment Strategist, responsible for nearly $200 billion in institutional assets. 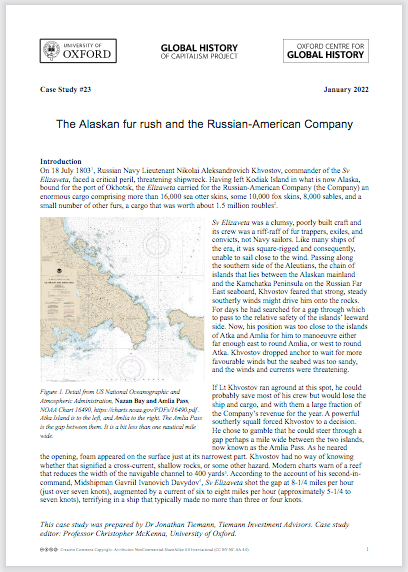 Time to reconsider the virtues of abundant (and clean) energy from our nuclear power assets. https://www.ft.com/content/f2bd636c-71db-477c-9b26-f2aceb0d7b59

Nuclear energy can help us respond to this dire warning.
https://www.theguardian.com/environment/2022/apr/03/dire-warning-on-climate-change-is-being-ignored-amid-war-and-economic-turmoil

Intriguing hypothesis from @AlecStapp on where we went wrong in the 1970s, that is worth thinking seriously about.

Really thrilled that the SEC, under Chairman @GaryGensler leadership, has finally entered the climate fight. https://tiemanninvestmentadvisors.com/sec-in-ring-for-climate-fight/